Last week saw the culmination of months of negotiation at the World Trade Organisation (WTO) and where despite attempts by industry, the conference (MC12) voted to endorse a TRIPS waiver for COVID-19 vaccines.

My fear, as I have stated publicly since the start of the crisis, is that the new WTO agreement will make it far harder for innovative small biotech companies to raise finance to develop their innovations against the next threat and does nothing to solve the immediate access to vaccines challenges the globe faces.  It incorrectly points to intellectual property as a barrier to the pandemic response rather than an enabler bringing healthcare solutions, safely and quickly to patients.

I also believe the UK’s ambition to become a life science superpower has been damaged by the UK government’s last-minute volte face on Intellectual property. Rather than use its new freedom as an independent voice post Brexit at the WTO to take the scientific and evidence led approach, in the end the UK government caved in, meekly signing up to the EU’s text, that does nothing to solve the practical problems of ensuring access to COVID-19 vaccines around the world.

UK Government introduced on 13 June the Northern Ireland Protocol Bill to Parliament, which aims to fix parts of the Northern Ireland Protocol and protect the Belfast (Good Friday) Agreement, as stated in the press release. Though the DHSC indicated to BIA that industry does not need to make any changes to the way that medicines are currently supplied for now, it is important to note that the Bill gives substantive powers to ministers to make, by secondary legislation, “any provision about regulation of goods which the Minister considers appropriate in connection with the Northern Ireland Protocol”. The Bill will also enable a ‘dual regulatory’ model for goods, including medicines and medical devices, to choose between UK or EU rules. This Bill is of major concern to our member companies, given the adoption of EU legislative changes on medicines to address the supply chain challenges caused by the Protocol. This development may also impact on investment in R&D in the UK as a result of the uncertainty caused, and legal action launched by the EU against the UK government over the Bill.

The BIA developed a Reflection Paper on the role and value of reliance in the UK medicines regulatory framework with input from our Regulatory Affairs Advisory Committee. I hope this paper will be useful in our continuous dialogue and engagement with MHRA and DHSC for the benefits of UK life sciences and patients. 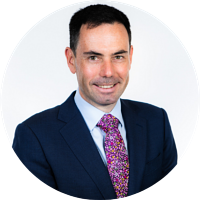