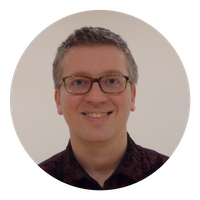 In light of International Brain Tumor Awareness Week taking place 29th October 2022 to 5th November 2022, we interviewed Krzysztof Potempa, CEO of BRAINCURES, to find out how they're using precision medicine to de-risk and accelerate drug discovery.

Tell us about your company!

Can you imagine applying ‘biological intelligence-BI’ to achieve a 3 to 5-fold increase on AstraZeneca’s reported 19% success rate in the proportion of pipeline molecules that advance from preclinical investigation to completion of Phase III clinical trials in just 5 years?1

The London-based startup BRAINCURES can. Based on retrospective real world evidence benchmarking of algorithms that power our platform technology, we can deliver at least 60% success rates in the proportion of pipeline molecules that advance from preclinical investigation to completion of Phase III clinical trials in just five years, as our biological intelligence approach eliminated 59 of 72 target-compound pairs associated with Phase III clinical failures to enable 60 to 100% likelihood of clinical success rates across compounds that target 13 different protein classes2.

What is your company’s greatest achievement so far?

What have been your biggest challenges so far?

Our startups biggest challenge so far has involved overcoming the research funding “Death Valley” associated with neurological indications such as psychiatric, addiction, pain and dementia that are of interest to us. For example, lead stage programs in oncology have received 16 times more venture capital bio-dollars as compared to programs in Alzheimer’s disease between 2009-20185. Also, frequent cyclical restructuring events at big pharma with decision makers moving within or leaving the companies has made onboarding and/or pilot project continuity challenging.

BRAINCURES’ ambition is to enable prevention and cures for brain diseases such as Alzheimer’s Disease, depression, epilepsy, pain, and schizophrenia. These diseases affect at least 1 in 6 people worldwide and have been of personal interest to me for the last two decades.

Why did you join the BIA?

We joined BIA to actively contribute to and benefit from BIA’s network of over 500 member companies. For example, Krzysztof Potempa ran for a board member role, and we nominated Jeanne-Francoise Williamson to be a mentor in BIA’s first Women in Biotech Mentoring Programme.

What excites you about the UK life sciences sector?

We are excited by the potential that the UK life sciences sector has in delivering blue sky projects through collaborations between relevant stakeholders (e.g., Psychiatry Consortium6), projects advanced by UK’s DARPA-like ARIA in the next few years, and the government’s 2.4% GDP science funding commitment for UKRI by 20277.

If you could invite any scientist or entrepreneur to dinner, who would it be and why?

If I could, I would invite Melinda French Gates to dinner as she is an entrepreneur who could hopefully be persuaded to apply venture philanthropy or capital to set up an Alzheimer’s Treatment Accelerator that could help startups like our company generate assets that can be licensed out to overcome today’s early stage translational “Death Valley”.

4. About us | Max Planck Institute for Biological Intelligence (mpg.de)

bioProcessUK: Where next for sustainable biotechnologies?