Queen Elizabeth II was a stateswoman, not a scientist. But throughout her reign, she championed and embraced life science innovation. She made sure our society thought through and got comfortable with, the implications of what became scientifically possible.

Her accession to the throne in 1953 came in the same year as Crick and Watson discovered DNA. She has reigned throughout the modern era of biotechnology. And her longevity enabled her to span the full arc of the life science innovation life cycle. DNA was just a scientific idea and paper at the start of her time on the throne.

63 years later she officially opened the Crick Institute in London in November 2016, the largest life science discovery institute in Europe. On that occasion, I had the pleasure of hearing the Queen speak, although I didn’t get to go on the lab tour where she sequenced the genome of Sir Paul Nurse in minutes.

Our sector should never forget that the Queen took an active and personal interest in promoting UK early-stage life science entrepreneurship. She both hosted and attended the Buckingham Palace Pitch at the Palace events. The 2016 event was specifically focused on the promise of biotechnology.

But perhaps most important for our sector was that the Queen recognized the importance of the public acceptance of change and those that enabled it to happen.

As the formal leader of the Church of England, the Queen put no moral or ethical barriers in the way of the development of human embryology and fertilization in the 1980s. She made ethicist Mary Warnock a Companion of Honour in 2017. We should remember the debate back then about human fertility treatment and experiments using human embryos. I believe the Queen strongly admired the way in which the Warnock committee managed to get to an ethical consensus that people understood as well as shared. Its effect – expressed in the landmark UK Human Fertilisation and Embryology Act of 1990 - was to require licensing for procedures such as in vitro fertilisation and to ban research using human embryos more than 14 days old. A positive side effect of this legislation was the space for life science research and development. Regulated innovation progressed in the UK whilst the USA went through an early “culture war” that blocked scientific development. The legacy today is the UK’s continued leadership in protecting future generations from the risk of mitochondrial disease. As a Brit, whenever I visit California, it is the lack of effective societal facilitators for this type of debate that strikes me the most.

The Queen’s acceptance and adoption of life science innovation was particularly crucial towards the end of her life during the COVID pandemic. I remember the discussion at the Vaccine Taskforce Steering Board about the vital importance of widespread public take-up of the vaccine of well-known figures being publicly pro-vaccine. The Queen “letting it be known” that she and her husband Prince Philip both had the vaccine within weeks of it being licensed in January 2020 was key to ensuring massive takeup, especially amongst the oldest generation in our society. There was no demand from the Palace that she be first, but she certainly led her age cohort, in line with the best public health guidance.

We will now see weeks of ceremony – and the state funeral at Westminster Abbey. As I have often remarked to overseas visitors – it is a sacred place where Britain has honoured both its Royal family and its scientists since Sir Isaac Newton. The Queen enabled our country to become quietly comfortable with the life science revolution she reigned over – our ecosystem is stronger and embedded in our society as a result. She will be missed. 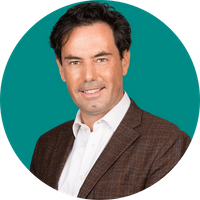 We’ve moved out of our offices to enable the demolition of the Southside building in Victoria street. We are currently in interim offices and our new address is BioIndustry Association, LABs, Victoria House, Bloomsbury Way, London, WC1B 4DA. We say goodbye to Southside after over 11 years... Read on for an update on the Conservative Party and Labour Party conferences, Board Elections and TechBio UK Conference.

Following the announcement about the BioIndustry Association (BIA) reaching a new milestone of 500 member companies earlier this week, we spoke with Darius Hughes, UK General Manager at Moderna to learn more about the mRNA global player and his intentions behind joining the trade association’s membership.

The BioIndustry Association (BIA) today has announced that its membership has passed 500 companies, as mRNA global player Moderna entered into the trade association’s membership.

Chancellor highlights the globally leading role of the life science sector in Friday’s mini-budget and launches a new UK TIBI-like investment initiative for innovative firm financing and sad news about former BIA CEO Aisling Burnand. Read on for updates on the party conferences, BIA events, Annual General Meeting and Board Elections plus our new office location.

See More
Add to my favourites