The Growth Plan: the new Chancellor’s mini-Budget and what it means for life sciences 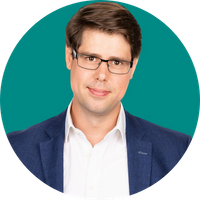 Making his first statement as Chancellor of the Exchequer today, Kwasi Kwarteng said the UK enjoys an “unbound entrepreneurial culture” and “immense global presence in sectors like… life sciences”, but that in many areas of the economy, he said, tax and regulation is holding back growth.

Key announcements for life sciences in the new Plan for Growth include:

The Chancellor said growth is not as high as it should be, with tax on capital and employment weighing on the economy. He said a “new approach is needed for a new era”. His plan is to expand the supply side of the economy, with three priorities:

The Chancellor’s statement comes amid significant macro-economic headwinds – inflation, the energy crisis and the pound slipping against the dollar. An economic forecast will be published before the end of the year, suggesting there could be a full budget in the autumn as usual.

The Chancellor introduced a new £500 million Long-Term Investment for Technology & Science (LIFTS) competition, which will support new funds designed to catalyse investment from pension schemes and other investors into science and technology businesses. This, Government documents say, will unlock billions of pounds of additional investment into UK scale-ups over time, and, we think, signals a new willingness in Treasury to invest public money to catalyse pension funds’ investment, as we have long argued for. This will be delivered by the British Business Bank, with a call for proposals to be published by the end of the year.

Furthermore, he announced that changes to the “charge cap” for pensions will be accelerated to enable defined contribution pension schemes to invest in “well designed” venture capital firms to unlock finance for innovative businesses. The BIA has campaigned strongly for this, having urged the former government to accelerate efforts to amend the cap, which acts as a barrier to deploying pension funds into VC, so this is hugely positive.

The Chancellor announced the Government will review the tax system to make it simpler but is winding down the Office for Tax Simplification. Instead, all tax officials will be tasked with simplification.

But, he had some immediate changes to make. Central to the new government’s Growth Plan is maintaining the current 19% Corporation Tax rate, which was due to rise to 25% from April next year. This is intended to spur business investment, which has been declining since the EU referendum (it’s worth noting equity investment in life science SMEs has been somewhat more positive in recent years). Combined with the reversal of the 1.25 percentage point rise in national insurance, announced yesterday by the Chancellor, the two policies are expected to cost about £30 billion a year.

The Annual Investment Allowance will remain at £1 million permanently. This means businesses can deduct 100% of the costs of qualifying plant and machinery up to £1 million in the first year, which is even more generous than the £500,000 recommended by BIA. It will only benefit profit-making businesses, however. Accompanying documents to the Chancellor’s statement said the government will continue the R&D tax relief review, with any further reforms announced as usual at a fiscal event.

A welcome announcement was that the Enterprise Investment Scheme (EIS) and Venture Capital Trusts (VCTs) will continue beyond 2025, when the tax reliefs were due to expire, and the government will increase the investment limit of the Seed Enterprise Investment Scheme (SEIS) to £250,000 and open it up to businesses up to three years old, as well. These schemes are key to early-stage life sciences investment and have been consistently campaigned for by BIA over many years.

Finally, following a review of employee share options, the Company Share Option Plan (CSOP) is to be amended slightly. From April 2023, qualifying companies will be able to issue up to £60,000 of CSOP options to employees, double the current £30,000 limit. The ‘worth having’ restriction on share classes within CSOP will be eased, better aligning the scheme rules with the rules in the Enterprise Management Incentive (EMI) scheme and widening access to CSOP for growth companies. We await details of how that’ll work in practice but CSOP is not regularly used in our sector, so more promotional work on it may be needed in addition to these improvements.

As trailed, the Chancellor said low-tax investment zones would be established across the country to encourage building, with green planning rules relaxed. This appears to be an evolution of Freeports, which already exist. Kwarteng is reported to be in discussions with 38 local authorities to boost growth, with each deal varying between areas. Given the clustering of life sciences around centres of scientific excellence, it seems unlikely that these new zones will have significant interaction with life sciences (see page 38).

The energy bill relief scheme, already announced, will provide a price guarantee for all businesses and other non-domestic energy users, including charities and public sector organisations, from rising energy bills this winter by providing a discount on wholesale gas and electricity prices. The government will publish a review into the operation of the scheme in three months to inform decisions on future support after March 2023, focusing in particular on identifying the most vulnerable non-domestic customers and how to continue assisting them with energy costs. As part of this, BIA is providing intelligence to the Government’s Office for Life Sciences on the impact of energy price rises on our sector.

A new levy on employees and employers to fund an increase to the Health and Social Care budget will no longer happen. It was expected to raise around £13 billion a year to fund health and social care. The Chancellor confirmed yesterday that the funding for health and social care services will be maintained at the same level as if the levy was in place, protecting the NHS. Other measures to support the NHS were announced yesterday by the Health Secretary.

Conclusion and next steps

The reforms and investment to unlock pension schemes to finance scaling businesses are very welcome and show the new government is willing to make bold moves beyond just tax cuts to catalyse economic growth and support innovative UK businesses to access the capital they need.

BIA has been pushing hard on this agenda for many years and today’s announcements are the direct result of our work on the Life Sciences Scale-Up Taskforce, which was chaired by the now Chancellor when he was Business Secretary. We look forward to engaging with the Treasury and British Business Bank as they refine the programme of work in the coming months.