UK biotech companies continued to enjoy strong support from venture capital investors in the first quarter of 2022. According to new data published by the BioIndustry Association (BIA) and Clarivate, £453 million was raised, marking a record first quarter for private biotechs in the UK.

Overall, the UK biotech sector raised £481 million between December 2021 and the end of February 2022. This is lower than in previous years as a result of low IPO and public follow-on activity. The suppressed public markets that overshadowed the second half of 2021 have persisted into 2022, resulting in just £28 million invested in listed companies. 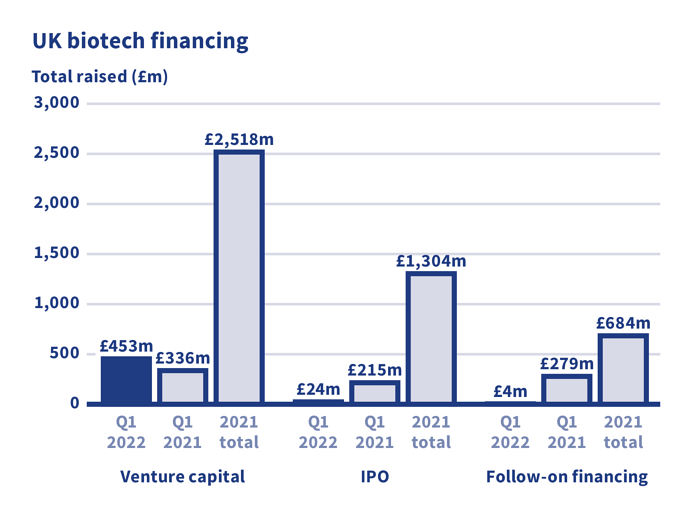 Alongside this financial investment, the UK biotech and life sciences sector continues to demonstrate its global hub status with a range of significant developments in the first quarter of 2022. 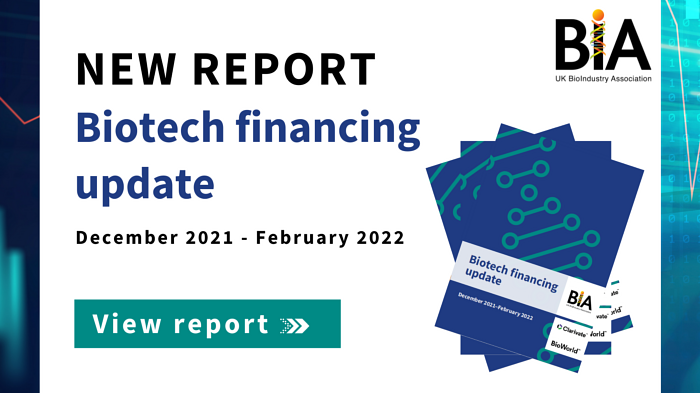 BIA webinar recording: Getting the most out of J.P. Morgan