The Biomedical Catalyst and a decade of BIA campaigning

Today, Innovate UK’s CEO Ian Campbell announced that the Biomedical Catalyst (BMC) is being relaunched with £30m in the pot. The announcement, made on a BIA webinar, follows a consistent BIA campaign which has been running for a decade. The relaunch is great news for the UK’s innovative biotech SMEs and a great outcome for the BIA. In this blog, I take a look at our involvement in the formation and continuation of the BMC over the years.

The BMC was initially announced in late 2011 by Prime Minister David Cameron. The announcement was the result of continuous BIA engagement with ministers, officials, and Innovate UK (then called Technology Strategy Board) representatives since 2009, when we called for greater government funding for biotech in a seminal report co-authored by industry and government. One of the key purposes of the BMC was to bridge the funding gap biotech spin-outs often experience when moving their research from an academic setting into a commercial one – also known as the ‘valley of death’. £240m was made available for academics and SMEs.

In spring 2013, the original BMC funding had all nearly been allocated and grant applications were being put on hold. In response, the BIA organised a major media and parliamentary campaign calling for the refilling of the BMC. Over 50 BIA members backed us up and wrote to their MPs in support. The campaign was successful – Chancellor George Osbourne used the Spending Round 2013 to refund the BMC (and at the height of austerity no less).

The funding announced by Osbourne was only enough to keep the BMC going for two years until the next Spending Review in 2015. This time, as well as organising a parliamentary campaign, we published a report with case studies on how the BMC had enabled our members to use BMC funding to scale their technologies and leverage further private investment. However, the Spending Review did not allocate further funding for the programme – and so the BIA campaign continued.

In July 2016, shortly after the BIA’s annual Parliament Day, Business Secretary Sajid Javid announced a one-off £10m funding round for the BMC. A few months later at the Autumn Statement, Chancellor Philip Hammond allocated £100m to the programme, carrying it through to 2020-21.

The BMC runs into Brexit uncertainty

Fast forward to start of 2019. Theresa May’s Government is big on Industrial Strategy and, despite plenty of Brexit drama, has committed to the aim of increasing public and private R&D investment as a proportion of GDP from around 1.7% to 2.4% by 2027.

The BMC launches its last competition in spring 2019, and the BIA makes the renewal of the programme a central recommendation in a new report, ‘Life sciences: Catalysing investment and growth’. To coincide with the publication of the report, we host a roundtable with officials from key departments and funders, including the Office for Life Sciences, HM Treasury, UKRI and many more.

However, no deal Brexit preparations under Boris Johnson’s new Government disrupts the Comprehensive Spending Review and a one-year Spending Round is held instead – meaning that the BMC is not being renewed.

In autumn 2019, Ipsos MORI publishes an independent study of the evaluation of the BMC, which finds that the programme is incredibly successful – it generates £4.72 in public and business value for every £1 invested by the Government, allows companies to increase their R&D investments by 93% and creates 11-15% more jobs over 3-5 years.

In the lead up to the General Election 2019, the BIA makes the renewal of the BMC a key recommendation again to all political parties in our Biotech Manifesto.

Boris Johnson’s convincing win means Brexit is going ahead and we once again prepare for a Comprehensive Spending Review, hoping that it will be an opportunity for the Government to show it’s serious about delivering on its manifesto commitment of making “the UK the leading global hub for life sciences”. We update our report, ‘Life sciences: Catalysing investment and growth’, to reflect the priorities of the new Government and use it our engagement with the new ministers and MPs. Our calls to renew the BMC are also covered in the media.

In the Spring Budget 2020, the new Chancellor Rishi Sunak promises that public investment in R&D will reach £22bn by 2024/25 - £4bn more than expected and a step towards the 2.4% R&D target. The details of the funding boost will be subject to the outcome of the Comprehensive Spending Review, which will conclude in the autumn. While COVID-19 puts the Government’s R&D plans on hold and delays the Comprehensive Spending Review, the BIA continues to lobby ministers and officials for the renewal of the BMC.

Today’s announcement is the result of a long, continuous campaign by the BIA on behalf of our members to secure specific funding for biotech SMEs. As with all our advocacy work, we rely on expertise, support, and input from our members to help us make the case for the BMC to the Government.

Usually, each BMC funding round consists of around £10m and is often oversubscribed, meaning that many applications go unfunded. With £30m in the pot, the BMC round announced today is significantly larger than usual, so it will be interesting to see the scale of unmet demand. The BIA will monitor this closely as we plan for the next steps in our campaign for a long-term funding programme dedicated to biotech SMEs.

COVID-19 has brought the biotech sector into intense public focus and the pandemic is demonstrating the national importance of a world-class thriving life sciences ecosystem to policy makers – so we will have a strong case to make to the Government. 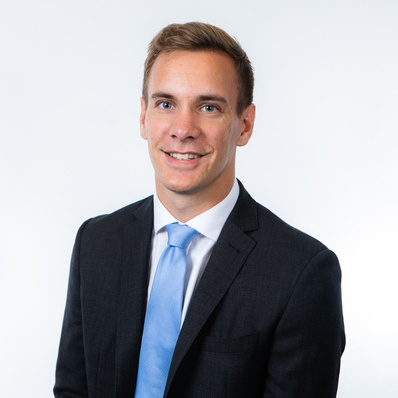 Eric joined the BIA in March 2017. Previously he worked for the NHS in patient confidentiality and data protection. As a student, in Australia and Scotland, he held part-time positions in legal and parliamentary research. Originally from Sweden, Eric holds a 1st Class Masters degree in International Economic Law from the University of Edinburgh and a Bachelor of Arts in Politics and International Relations from Murdoch University in Australia. In his spare time, Eric enjoys the martial art of Brazilian Jiu-Jitsu and travelling to warm and sunny locations.